Every year, thousands of people gather in the Sinakara Valley in southern Peru to celebrate Qoyllur Rit’i, the Snow Star Festival. This three-day festival is celebrated by native peoples from all across Peru and celebrates the reappearance of the Pleiades constellation in the sky, known as Qullqa in Quechua. This celebration combines Incan, Catholic, and other indigenous beliefs and the appearance of this star cluster marks the beginning of the harvest, honors Jesus Christ, and also honors the local glacier, Ausangate, which is said to be sacred. 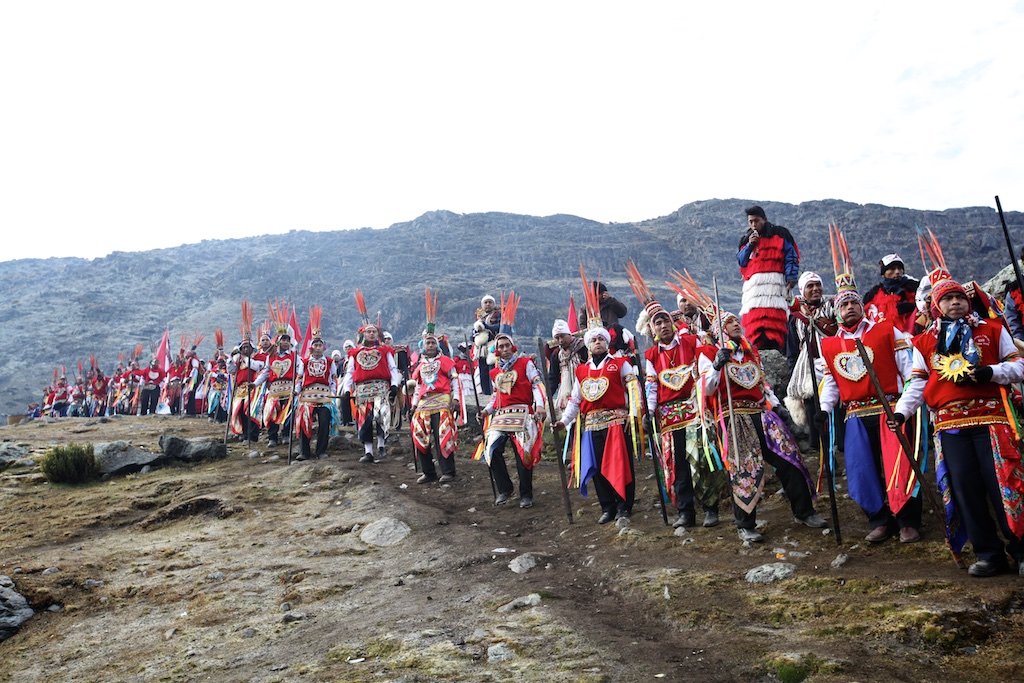 Qoyllur Rit’i is usually held in late May or early June, coinciding with the full moon, and falls about a week before Corpus Christi. 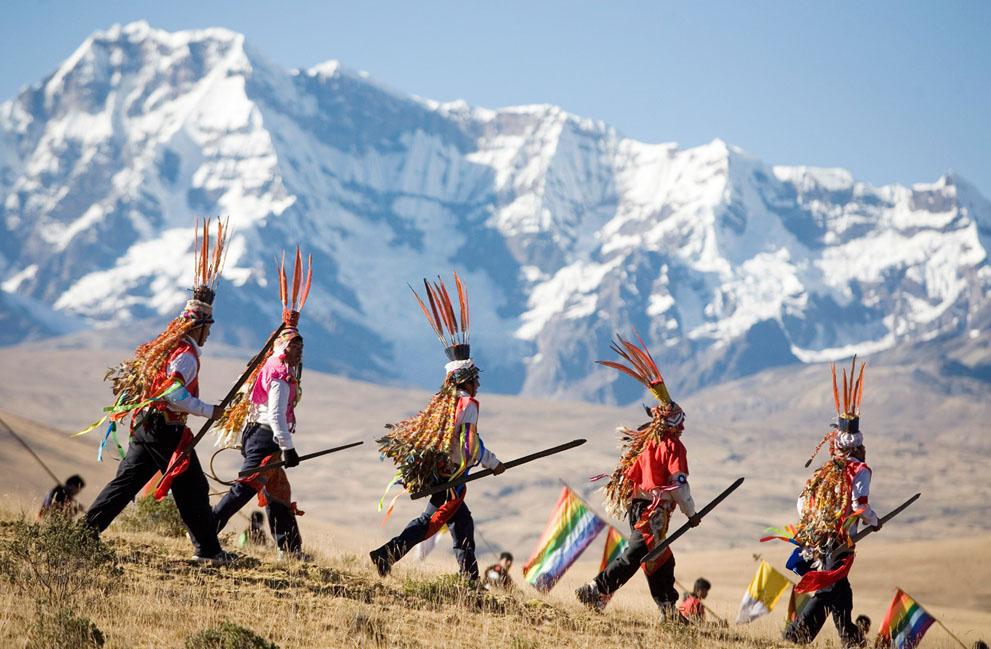 Since the 1920s, pilgrims have come from all over the world and Peru to ascend 5200m (17000 feet) to Mount Sinakara, where the famous sanctuary is located. Then, another 6-hour hike is needed to reach the Apu of Ausangate to pay their respects to Christ, who is painted on the side of the sanctuary. 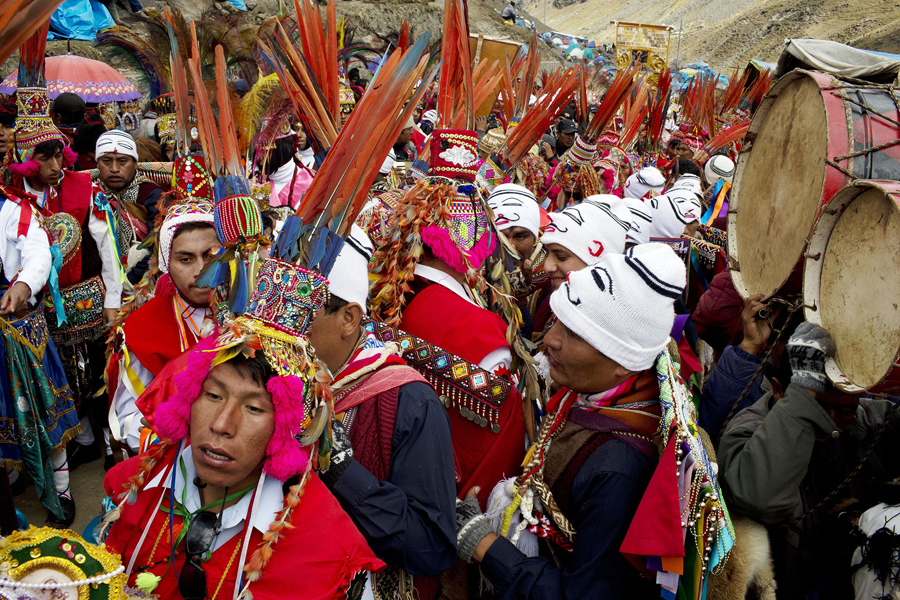 The story goes that a local boy named Mariano, while watching over his father’s herd of alpacas, met a boy named Manuel with a very light complexion. Manuel started giving Mariano food and the two boys became very good friends. Manuel then asked Mariano if he could make him a set of new clothes with the same cloth. Mariano traveled to Cusco and discovered that the cloth was only worn by the Bishop who then became interested into how a peasant came into this refined piece of cloth. The Bishop then followed Mariano back to his village and ascended the mountain to find Manuel dressed in white and shining with a bright light. The Bishop then reached out to touch the boy, he transformed into a *tayanka*bush with a depiction of Christ’s crucifiction hanging from it. Mariano fell dead on the spot thinking that his friend was harmed, and is now buried in this same spot where Manuel appeared. 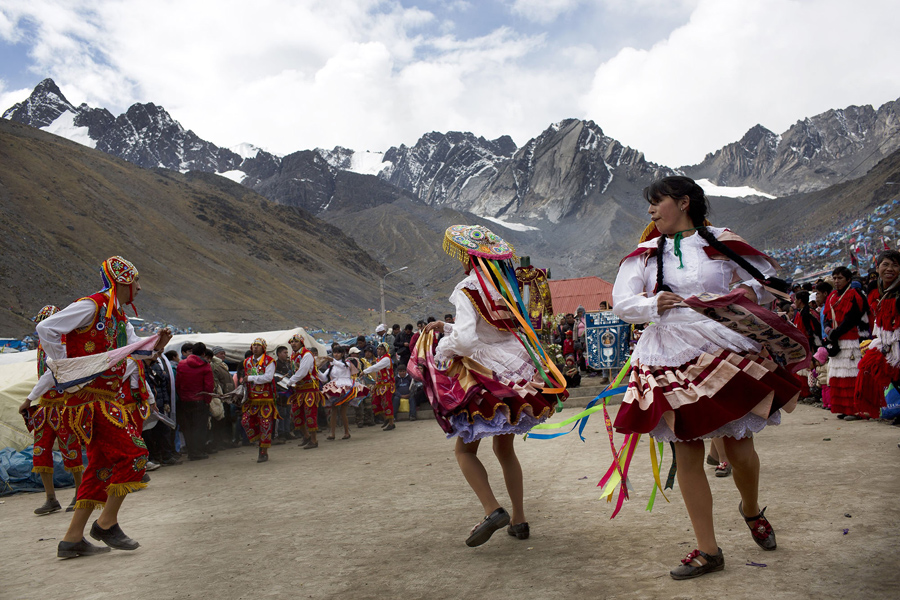 The tayanka tree was sent to Spain on orders of King Charles III and the local population protested until a replica was made, now known as Lord Tayankani. Indigenous people began coming to this rock every year and created a shrine for the boy and religious authorities ordered a painting of the image of Christ’s crucifiction to be painted on the rock. This is now known as Lord Qoyllur Rit’i. 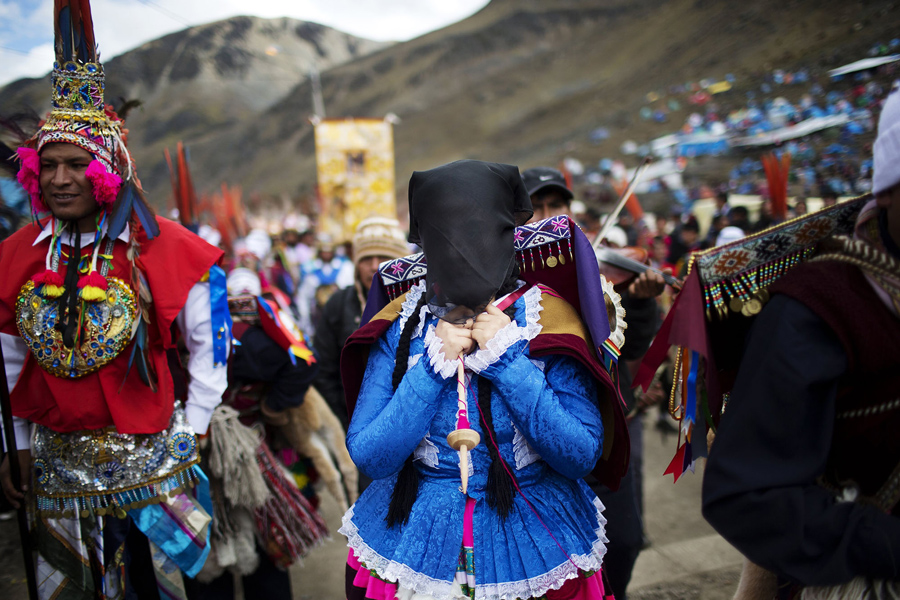 These days, the pilgrimage of Qoyllur Rit’i takes place at the Ausangate every year, with the sanctuary located at the base of Mount Sinakara, surrounded by snow-capped mountains and glaciers. The Ten Nations, or brotherhoods, that belong to the surrounding areas attend the event and masses, simulated battles, and an ascension to Mount Sinakara comprise colorful festivities.

This festival also coincides with the emergence of the Pleiades constellation in the Southern hemisphere, bringing with it the beginning of the harvest season.

What to Expect During the Festival

This festival brings around 100,000 visitors per year from all over the world. There are massive processions and dances that create a very authentic atmosphere that is like no other place in the world. Processions are divided into groups consisting of dancers, Christians who bear the crosses and statues of Christ, pilgrims/devotees who follow along, and many more. On the final day, there is the “Sun Greeting” ceremony where pilgrims wait for the sun meets the tops of the Andes Mountains with its first light.

The Qoyllur Rit’i Festival is one of the most exciting experiences you can have while visiting Cusco. It is very unique to the Peruvian culture and is a wonderful way to see how locals have combined indigenous and Christian beliefs.

If you would like to experience Qoyllur Rit’i for yourself, get in touch with our trip specialists to learn more about the festival.